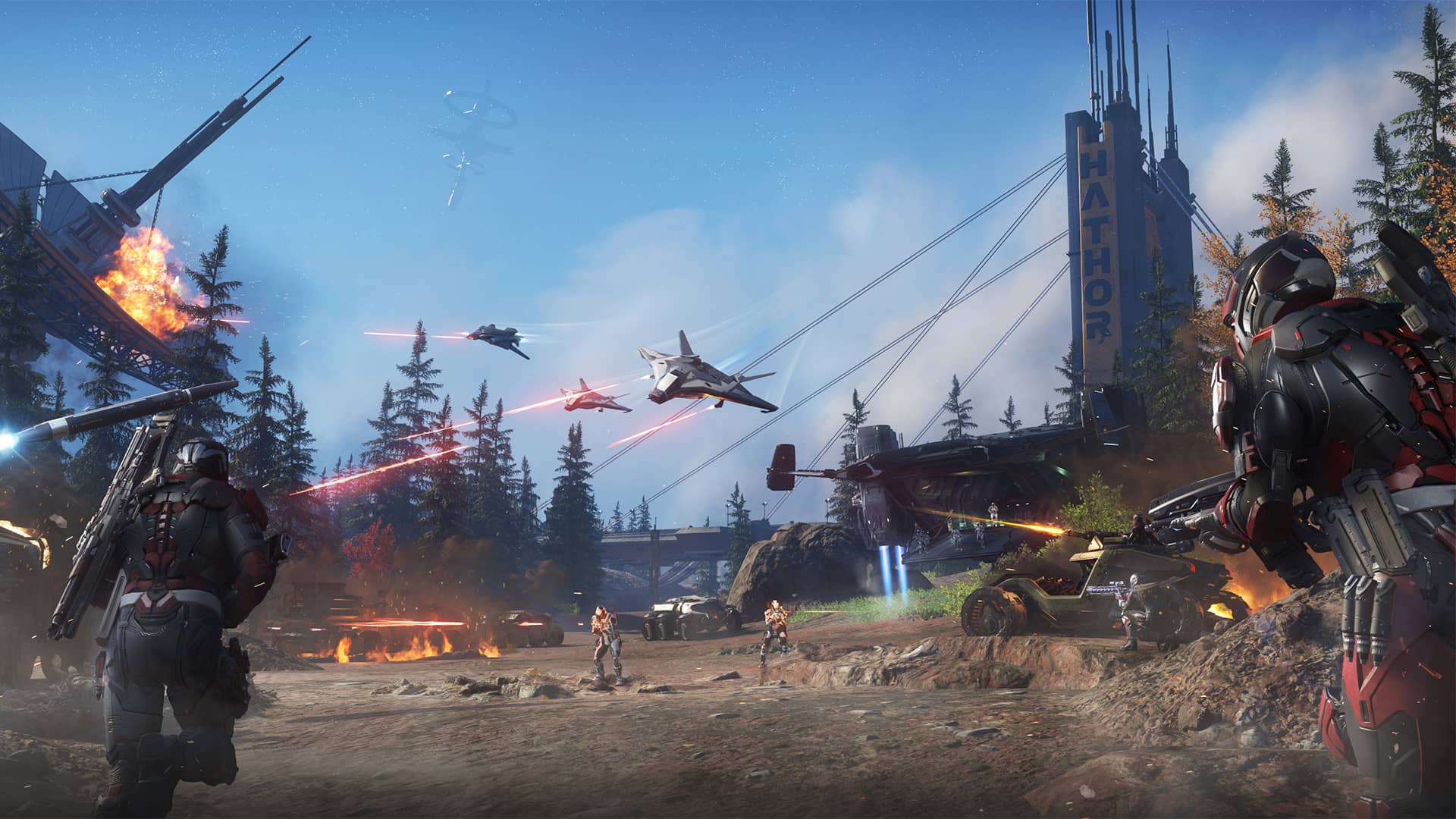 Star Citizen’s “Theaters of War” mode is a PvP multiplayer experience first unveiled at Citizen-Con 2019. Gameplay features intense, large-scale, team-based skirmishes between attackers and defenders across multiple phases of combat on planetary surfaces, in upper atmosphere, and a final orbital assault on a space station.

Firesprite’s collaboration with CIG on Theaters of War began in early 2019, when CIG outlined the vision for a multiplayer combined-arms experience taking place within the Star Citizen universe. Since then, Firesprite and CIG have collaborated to design and build this experience utilizing Star Citizen’s proprietary technology, tools, and game assets. The combined learnings and advancements made for the combined-arms game mode have benefited and continue to benefit the core gameplay of both Star Citizen and Squadron 42.

“Thanks to the talented team at Firesprite, we’ve managed to work closely together to bring significant improvements to Star Citizen’s Theaters of War mode, and as a result benefit key aspects of Star Citizen and Squadron 42,” said Sean Tracy, Technical Director, Content at Cloud Imperium Games. “I can’t wait for players to see the progress we’ve made together during future playtests.”

“We’re so excited to be able to convey what a privilege and a pleasure it’s been to work so closely with Cloud Imperium and develop Theaters of War from the kernel of an idea into a full-fledged experience,” said Graeme Ankers, Managing Director at Firesprite. “I want to pay tribute to our strike team here at Firesprite who have worked really hard behind the scenes in close collaboration with the talented creators at Cloud Imperium Games.”

Theaters of War was first unveiled at CitizenCon 2019 in Manchester, UK, with positively received test sessions for event attendees. From that event onwards, player feedback from Theaters of War closed tests for select Star Citizen community groups has been vital for improving the combined arms mode’s quality. Further online closed community tests are scheduled to begin this coming weekend, with more playtests to come throughout the mode’s development. This combined arms mode will continue to see iteration and development to help progress Star Citizen’s and Squadron 42’s combat, and future tests will expand beyond the closed Evocati group to eventually include players in the Public Test Universe.

Star Citizen combines classic space sim gameplay with boundary-pushing visuals in a massively multiplayer setting with unprecedented fidelity. Live how you want to live: shift paths from cargo hauler to outlaw, explorer, or any other role, whenever you want. Explore multiple planets and moons, including vast cities and underground caverns, all created with a unique combination of procedural planet technology and complementary hand-crafted design.

For further information, including how to download and play Star Citizen, visit the official website. Enlist today and join this ever-expanding universe by visiting the game’s Welcome Hub and Guide System for tips on how to play. Millions of players from around the world have already joined to help CIG build the most ambitious game ever made. For continued updates, keep up with Star Citizen on Facebook, Instagram, Twitch, Twitter and YouTube.