How did you start your career in the games industry? 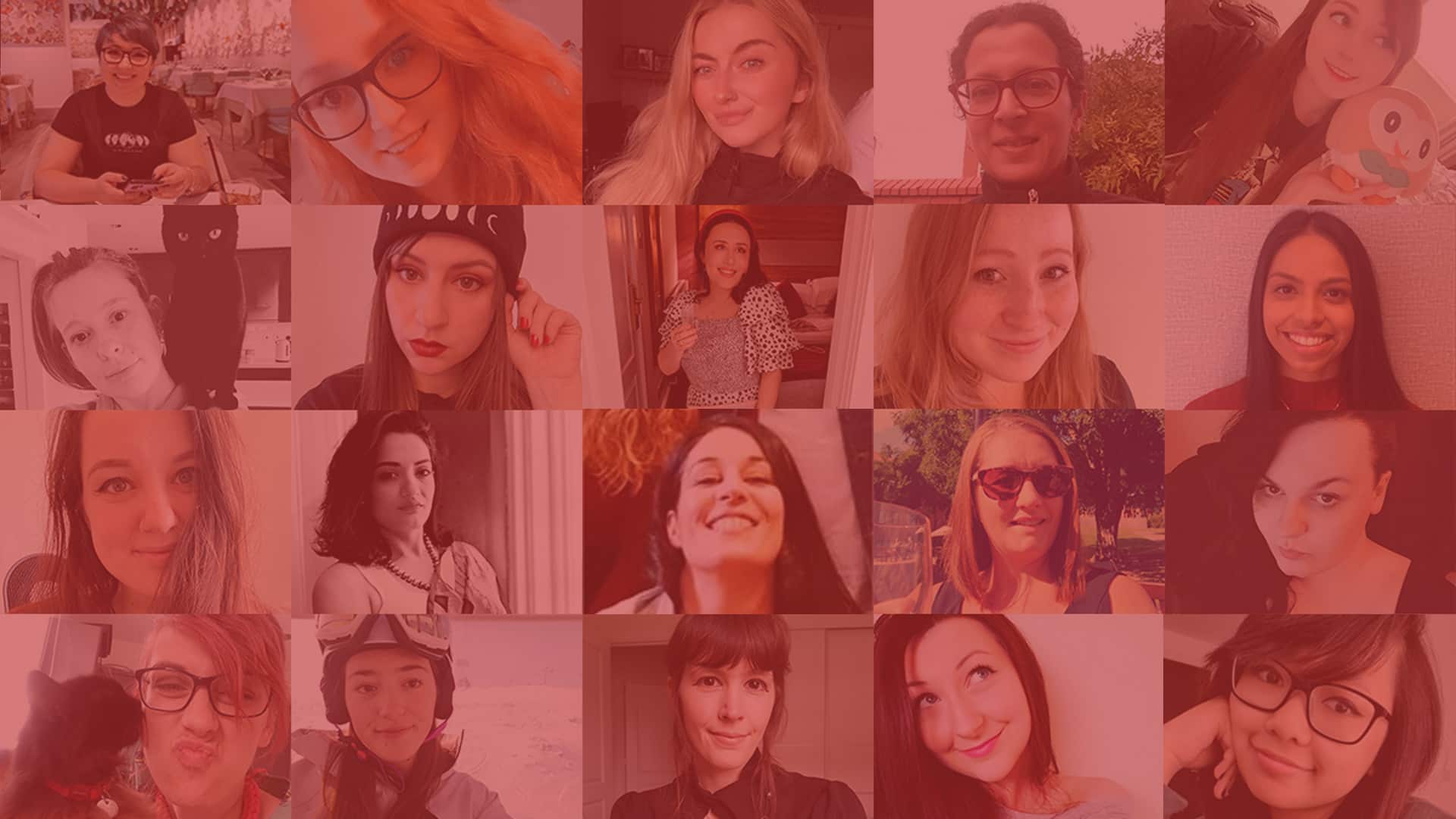 Interview series celebrating the women of Firesprite this March.

For International Women's Day 2021 we celebrated the amazing women of Firesprite! Working in Code, Art, Animation, Design, QA, Production, HR, People Engagement, Marketing, Recruitment and Finance, some of our talented women explored questions on the topic of women in games in our IWD 2021 video.

Inspired by this year's #ChooseToChallenge theme, and the awareness and empowerment celebrated during Women's History Month, we're continuing to showcase the women of Firesprite, their work, and insights as women in the game and tech industry throughout the month of March. Our team will be discussing the importance of diversity, how to increase the number of women in games, offer their advice to others aspiring to work in the industry, and much more.

A common question from those aspiring to work in the games industry is “how did you get your job?” The women of Firesprite felt this was a key question they wanted to answer in this series to share their journey and knowledge with others who are keen to purse their dream career.

How did you start your career in games, what was your journey into the industry like?

“I started working for QA back in 2017 with PlayStation, before that my work did have QA aspects to them but they weren’t related to video games in any way. For the next 3 years I worked on several titles including the Playlink series and VR titles, meeting some fantastic people in the teams I worked with. To get a better understanding of how my role tied into other departments, I arranged meetings with producers, tools and release management, who all gave their input about what their job required and how they worked up to that position. In my 3rd year I was given the opportunity to work alongside Firesprite in their office, the atmosphere was very different in the sense that the developers were sitting around us. There would be monthly presentations on all the things they had created for the title and at the end of milestones we’d have a few hours just to socialise. At lunch breaks I got to spend time with staff and hear all the cool stuff they were working on, plus we had a drawing club for all those who enjoyed art. A job vacancy came up for QA, so I applied and ended up getting the job. I'm looking forward to see where we go in the next 5/10 years!"
- Victoria T, QA

“I went to Abertay University to study games programming, having never programmed before. At my graduate show I met lots of people working in the industry including people from Firesprite. I managed to get an interview there through a recruiter and then I was offered a job in their graduate program. After a year I even interviewed new grads for that same program and moved on to a new project as a junior!"
- Natalie, Junior Programmer

“Firesprite is actually the first company I've ever worked in and honestly it's been a really really pleasant experience. I've been with the company for one year now and I've learned so much from all the talented people I work with. Throughout my one year working on my current project I've been really motivated and super excited to keep on doing what I'm doing and I honestly cannot wait to see the types of games we'll be putting out there in the future.”
- Nagia, Character Artist

“My start in the industry, I'm not going to lie, it took a while. I finished university and was a little bit all over the place thinking I wanted to do a particular art style and then it changed. I got an internship in London for a month then started working in Manchester for a really small mobile company, and after that it just kind of snowballed. I was always keeping on top of my portfolio because that's what gets you the work, I kept growing my contacts via networking events and just really got myself out there.

It can be really frustrating when you're starting out, it can feel like there's this whole industry that you're not allowed to be a part of, but it is really inclusive, it's just all about timing - you've got to meet people, you've got to have your portfolio right and it's got to be the right opportunity. I think that's something to think about when you're starting out. It is hard but my best advice for breaking into games is networking, and just be nice, be yourself, you know, you may not get that job in the first instance but down the line, chances are you're going to be working with these people and they'll remember you.”
- Victoria G, Environment Artist

“I have always been a gamer since childhood, so working in this industry was always a pipe dream of mine, but life didn’t take me that way until around 2017, when I started working for another studio as their Office Manager, and it’s there that I fell in love with the culture that resonates from working in games, not to mention the cool, friendly people who are a part of it. After realising my dream to become a HR nerd, I left that studio and I worked for a wonderful company who taught me everything I now know about HR today, but it just never topped working in games. So, when I heard that Firesprite wanted a brand spanking new HR team member, I knew I would be the best fit for the job, and luckily my interviewers agreed!"
- Anita, HR Assistant

Tell us about some of the games you’re most proud to have worked on throughout your career.

“I haven't worked on a huge number of released projects, mostly helping small indie projects here and there, but I'm proud of that. BUT I recently worked on a Rick and Morty mobile game and those animations were just hilarious to do!"
- Abby, Animator

“The game that I'm most proud to have worked on to date, that I can publicly talk about, is Blood and Truth, it's a VR title that I worked on at PlayStation London Studios and that was the first big AAA game that I'd ever worked on.”
- Victoria G, Environment Artist

“I have worked on a variety of AAA games and I am equally proud of each of them. Each of the games I worked on gave me an opportunity to learn something new or hone a set of skills. If I had to name a couple, it would be GTA 5 and Max Payne 3."
- Darshita, Senior Cinematic Animator

“A game that I loved working on was Ghost of Tsushima, even from early production the project was so pretty and you could tell the devs had really put a lot of time and effort into it. It was the first project I worked on that was AAA, so I learnt a lot of new workflows and QA techniques from working on it. The team that I worked with on that title were very hard working and our dynamics worked really well, which by default made working on the title a fantastic experience."
- Victoria T, QA

What can you tell us about the project(s) you're working on right now?

“I am working on a dark, story driven next gen adventure game. We are at a very initial stage of development. It's a very exciting stage to be part of and contribute to in various stages of the game development process."
- Darshita, Senior Cinematic Animator

“One of the games I work on that’s currently been announced is The Persistence Enhanced, which is coming to PS5, XSX and PC later this year. The others haven’t been announced yet, so you’ll have to wait and see. That’s all I can tell you for now!!"
- Victoria T, QA

“There's not too much I can say about my current project! All I can say is that as a Character Artist it's very exciting because we're making these very extravagant-looking characters that a lot of different people will be able to connect to which is super cool. It's honestly such an exciting project to work on and I can't wait to see what people will think of it once we're finally able to announce."
- Nagia, Character Artist

“At the moment I'm working on a dark narrative game. I can't say too much about it but it's one to watch and I do think it's going to be a crowd pleaser!”
- Victoria G, Environment Artist