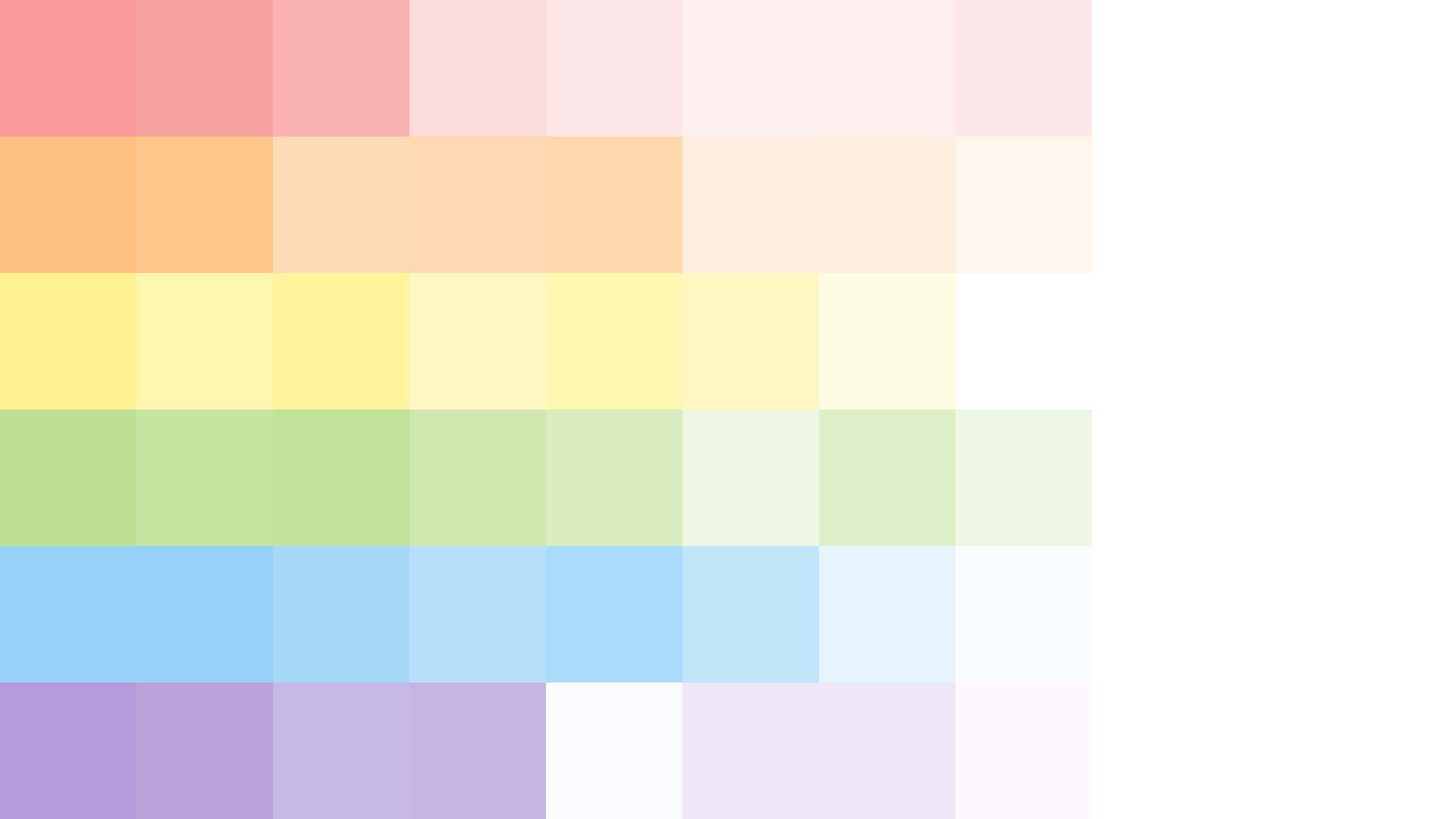 Miles shares with us their journey to a new name 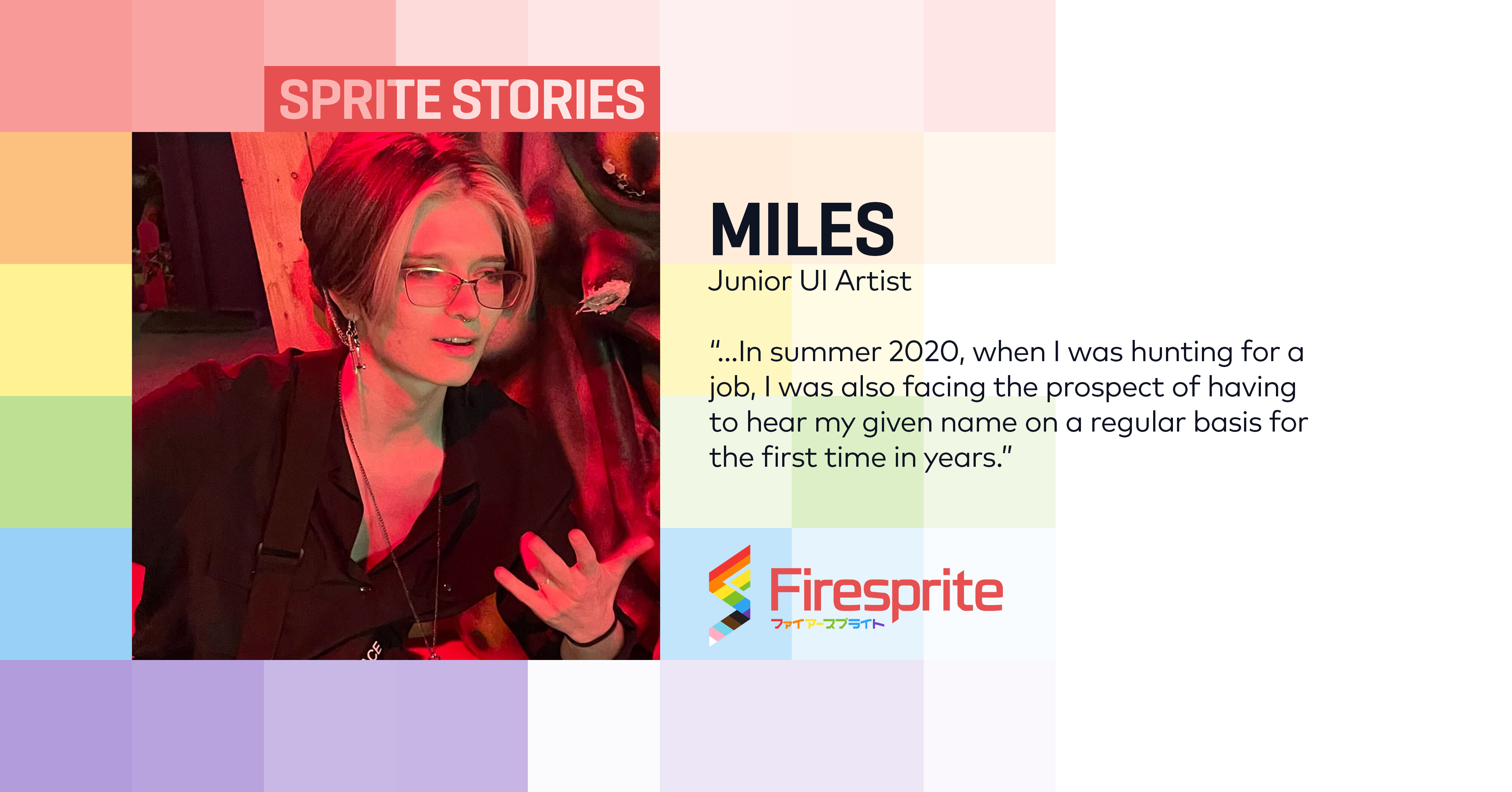 In January 2022, I changed my name. I’d wanted to for about seven years (no, I’ve never procrastinated on anything in my life, thank you for asking). I tried a few names out in private over the years, and while at university, I went by the kind of nickname you’d more likely see hovering over a pixelated character in a game than on a LinkedIn profile.

This meant that in summer 2020, when I was hunting for a job, I was also facing the prospect of having to hear my given name on a regular basis for the first time in years. I’d realised the last ‘real’ name I’d tried on didn’t suit me, and I didn’t feel anywhere near an actual decision. Changing my name in a rush while frantically writing cover letters and desperately completing art tests felt like I would inevitably settle on yet another name I’d fall out of favour within a year’s time.

Which meant whatever studio I landed at, I’d likely change my name while working there.

You hear bad things about the games industry sometimes. Widespread abuse, crunch, sexism and racism and all bad things made into a light-hearted joke in a hotel room. How can you tell if a studio fosters this culture from looking at a website? Does a logo turning rainbow for thirty days a year mean acceptance or just obligatory tolerance? I trawled social media feeds, looking for photos of employees, what holidays they posted about, what holidays they didn’t, but realised there was no way for me to know how safe a studio might be without talking to folks at that studio – and that’s a little difficult to do when you don’t have any network to reach out to yet.

In August 2020, I joined Firesprite. I didn’t say anything about pronouns, or gender, or my name. It felt safer.

Once, I had a few coworkers wish me a happy International Women’s Day. It was heartening – it meant it was the kind of company where people cared about uplifting marginalised groups – but I made a fool of myself awkwardly trying to ask them not to wish me that without revealing too much. Another asked me if it bothered them when they used “hey guys” to refer to a group I was a part of – the picture of consideration, and yet another flashing light saying look! The people here care! Tell them! – but I gave another fumbling explanation about why I didn’t mind and thanked them for considering it at all.

It was death by a thousand cuts.

By October 2021, I’d managed to settle on a new name. I used it in private for a few months, slowly growing more comfortable with it, and resolved myself to change it at work. Firesprite had proven itself a place that cared by this point. We had a lunch and learn talk from Global Butterflies (we’ve had another since!), people brought up injustices against trans folks before I could, and some rather important people had their pronouns in their e-mail signature. Those are surface things, easy to point to, but the people here are kind and caring and always willing to listen, and more than once I’ve had people ask to have their blind spots pointed out so they can learn.

I write all these paragraphs to highlight one thing: I was terrified of doing so. This was a decision that took me years to make. I had a feminine name, and I changed it to a masculine one – there’s no escaping questions, assumptions, judgment, or the transphobic climate the UK has fostered. Turns out seven years of telling yourself don’t do it is a little bit difficult to overcome.

And then I got scared again, and a week passed, and I introduced myself to everyone under my old name with an aching heart, and I knew I had to do this.

So I did. I e-mailed HR, heart beating and head spinning and this anxiety that stuck in my throat like some kind of sickness. I got a kind reply, followed by a message from IT about changing my name across my accounts, so I threw a message into the project Slack channel explaining.

And you know what?

Nothing bad happened. It took only a couple hours to get my name updated across all my accounts (though Microsoft Team’s cache takes a few weeks to clear out old names without manually navigating to the individual’s profile), and only one person slipped and used my old name, just once. I don’t think I did that well when I had a friend come out to me. I did get people congratulating me, and several compliments, too. I got some questions about pronouns and identity, and… That was that.

It just wasn’t a big deal. As it turns out, that was exactly what I needed. Not necessarily a celebration, or an outpouring of love — though I did get a bit of both — but the steady reassurance that me being me was a non-issue, immediate respect for the decision I’d made, and absolutely no change to my day-to-day interactions besides hearing a different name and occasionally a different pronoun.

I’ve felt so, so, so much more free. I’m at a weird spot with my gender. I’m still figuring things out. But when you see someone who’s ostensibly a woman with a male name like Miles, it’s often enough of a cue to people that there’s something up with my identity without me having to explicitly tell them. I don’t know if other studios would have responded as quickly or kindly, though I hope they would have, but I was genuinely impressed with Firesprite’s response and speed.

I always feel weird when it comes to companies talking about pride. Having your identity be a marketing tool feels a little grim, and though I’d rather be in the world where pride is profitable than the world where it’s not, it doesn’t make it feel any less strange. Still: I am immensely grateful to Firesprite for letting this be no big deal.

Should I be as surprised as I am? Maybe not. Good people take things in stride, and it’s a basic human decency to call someone what they want to be called. But I was terrified, and I’m so grateful to have ended up at a company that made it as easy to change my name as Firesprite did. I really do believe there are a lot of people here committed to making the company as inclusive as it can be. We’re not there yet – of course not. But I feel respected here. Any identity oddities have no impact on how people treat me as a coworker. And you know?